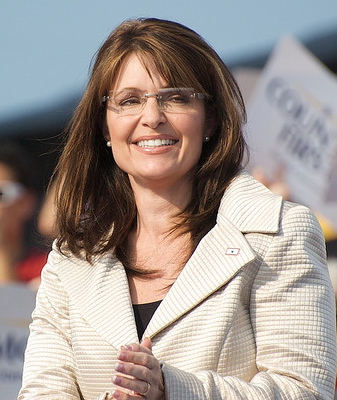 It seems odd that only last week I wrote a piece for the WomenCount blog about America’s first woman governor, Nellie Tayloe Ross. I was truly inspired by her story, her time as governor, and all that she did afterward.

Now, less then a week after reading about this first woman Governor, I hear the announcement that one of our seven current governors is resigning. Sarah Palin announced Friday that not only would she not be running for a second term as Governor of Alaska but that she would not even be finishing out her current term. On July 26 she will step down as Governor and turn over the reins to Alaska’s lieutenant governor.

Sarah Palin has been somewhat of an enigma since the day she was announced as John McCain’s Vice Presidential pick for the 2008 presidential election. With Hillary out of the running, Sarah Palin was quickly thrown into the role of being the voice of women across the country. The only problem is, she wasn’t.

She simply became the only voice. With so few women in office, a magnifying glass is placed on the few that are. Especially politicians such as Palin who manage to stay at the very top of the news cycle.  But the media are not the only ones who have been putting Palin under the magnifying glass.

Every mistake and quirky personality trait has been constantly analyzed and either been trashed or hailed as gospel by women from both sides of the feminist divide. In fact, Palin’s rise to the top of the political spectrum was almost like drawing a line in the sand between liberal and conservative feminists.  A divide that other female politicians have been trying to close, not widen.

The bottom line is Sarah Palin does not define what it means to be a woman. But for as long as she is the only one out there, people will mistakenly think she does. The solution is simple. If we have more women in office the definition of a woman would no longer be limited to the oddities of Sarah Palin and her political career choices.

We are women. We are old, we are young, we are black, and we are white and every color in between. We are single, married, and divorced. We are gay, we are straight we are moms and we are successful career women. We work from home, we work on farms, and we work in skyscrapers. We are as far right and as far left as they come. We are women. Now is our time to stand up and define ourselves.

By increasing the number of women in office the media will be forced to stop defining women by just one person. Maybe even be forced to stop trying to define women at all and simply let us get to the task at hand, making the world a better place.

I should not talk so much about myself if there were anybody else whom I knew as well. -Thoreau

I loved words. I love to sing them and speak them and even now, I must admit, I have fallen into the joy of writing them. - Anne Rice

Thanks for stopping by! If you are looking to hire me for blogging, online content, freelance writing, or any social media related gigs, please visit my "Big Girl" site. Home to my resume, writing samples and plenty of me, me, me.
Meghan Harvey-Freelancer

Other Places You Can Find me Ranting & Raving

The Guy I Married

Friends & Family Businesses That I LOVE